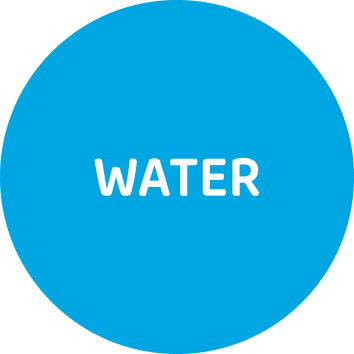 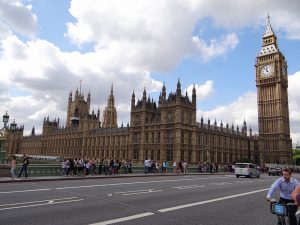 April 21st: One day to save the world? Friday 21 April could see the biggest peaceful climate protest around Parliament... 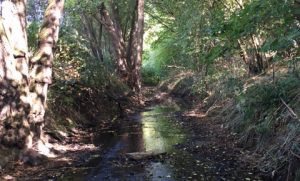 Our River and Water Health:  The Ouse valley and Local Water Systems A recording of the online talk, organised by...

What is happening to the climate is leading to extremes in both water shortages and flooding in the UK. To give examples in the South East:

‘Southern Water has warned soaring temperatures, rising sea levels, and dry summers will drastically affect where it gets its water from. And the firm warned the South East would be worst affected by water shortages if the national supply decreases…. “Milder and wetter winters and hotter and drier summers could be expected… With increased consumer demand, industrial demand for freshwater resources may also grow. …As sea levels rise, the amount of freshwater in rivers will fall as saltwater mixes with river water further upstream. Even in the best case scenario outlined in the report, available freshwater in rivers could decrease by up to 21 per cent. And with a lack of rain in the summer months, the freshwater quality will worsen as rivers struggle to dilute pesticides.’
Source: The Argus (December 2019)

‘The sea is predicted to rise by one metre this century, exposing millions more people to flooding, and, by 2080, annual rainfall in the South East could drop by half.’ …Our region received 260% of its historical average rainfall during the winter of 2013–14 after some of the worst weather on record. During the extreme weather, we had to tanker and pump stormwater to prevent it overwhelming our sewers and people’s homes.’
Source: Southern Water

Here is the Met Office’s description of the effects of climate change on our water:

‘Changes to the climate system include:

Rising ocean levels – Rising temperatures are causing glaciers and ice sheets to melt, adding more water to the oceans and causing the ocean level to rise. Oceans absorb 90% of the extra heat from global warming: warmer water expands, and so our oceans are taking up more space.

Climate change can also affect people and ecosystems. For example:

Flooding of coastal regions – Coastal cities are at risk from flooding as sea levels continue to rise.

Food insecurity – High temperatures, extreme weather events, flooding, and droughts can damage farmland. This makes it difficult for farmers to grow crops and means that their yield of crops each year is uncertain.

Conflict and climate migrants – Climate change is a stress multiplier – it can take existing problems, such as lack of food or shelter, and make them worse. This can cause people to fight over resources (food, water, and shelter), or to migrate.

Damage to marine ecosystems – Rising ocean temperatures, ocean acidification, and ocean anoxia (lack of oxygen) are damaging to marine life such as fish and coral reefs.’ 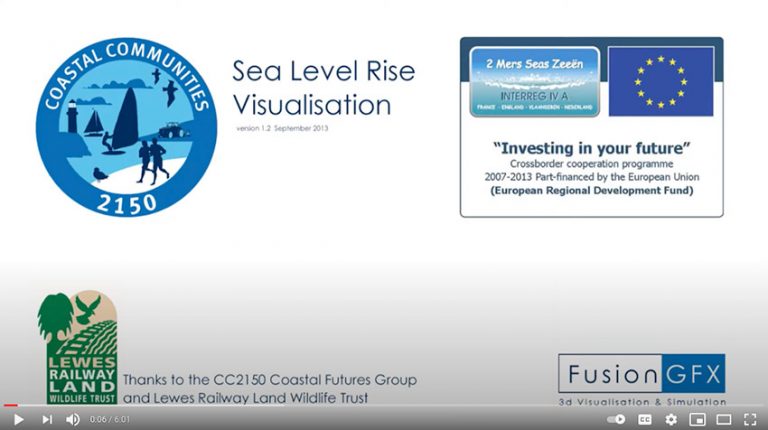 As part of the CC2150 project, we have produced an Interactive Sea Level Rise Visualisation of the Lower Ouse Valley in East Sussex. You can explore the tidal river Ouse from the air and see potential impact of sea level rise as a result of climate change.

What is being done? Some examples

Clamping down on illegal sewage discharge
With water supplies under stress from climate change, it is particularly important to maintain the quality of the UK’s waterways. See this Panorama programme and articles such as these in The Guardian:
Raw sewage discharged into rivers
Rivers fail pollution tests
Pollution issues for bathing-river project

Kelp and seagrass
Kelp (a common type of seaweed) is a useful fast-growing sequesterer of carbon from the atmosphere, and has various uses including an eco-friendly form of cattle-feed as it results in lower methane emissions from cattle. There are now kelp-farming initiatives in several parts of the UK.

Seagrass (which lives in the UK’s shallow coastal waters) is also a valuable plant for locking in carbon, and it performs a valuable role in reducing coastal erosion; but a range of factors – industrial growth, boat traffic, increased storm activity and particularly water pollution – is causing a decline. The Marine Conservation Society and other bodies are working on new initiatives to reduce damage to seagrass and create new beds.

Beavers
Beavers were hunted to extinction in the UK in the 16th century, but their value for upstream flood management and ecological enhancement is increasingly being recognised, and breeding pairs are being carefully introduced in various parts of the UK, including in the South East.

Water, rivers and the Lewes district

Lewes’s water
We are in one of the driest areas in the UK; but why do we have no local reservoirs as in the Weald? Because we have a huge chalk ‘reservoir’ consisting of the Downs around us, which hold our water: Southern Water have 13 boreholes in the Lewes area, and there are many more private ones. So the good news is that we’re drinking our own Lewes water; but the unfortunate news is that we’re busy polluting it.

One of the biggest polluters is of course nitrates: the Downs have very thin soil and farmers have to fertilise to get returns, and the excess soaks into the chalk. Another gateway to pollution is the thousands of soakaways in the Brighton area, which deliver polluted drain-water from roads etc deep into the aquifer. And on the matter of roads, a huge ocean polluter is car tyre- and brake-wear particles washed off the roads. All that grey slush when we have snow? Yes.

Two pieces of better news. First, we don’t have rubber particles in our water as our Lewes chalk does a good job of filtering them out. Second, we can combat the pollution going into the sea from these particles by planting ‘rainscapes’ (rain-gardens) near roads. Apparently these can absorb c.80% of the vehicle-generated gunk: so efficient are they that vegetation and silt removed from rain-gardens during maintenance actually have to be treated as contaminated waste; but the contaminants are so valuable that there are now companies buying this waste and extracting the metals/ chemicals.

The Ouse
Here in Lewes we live in the valley of the river Ouse. Since before settlements formed, the ancient river ran through the plain, flooding regularly and providing rich pastures, a travel link from the higher reaches of the river to the sea and a way of transporting goods as well as providing fish, fowl and – of course – life-giving water. Sea trout, egrets, herons, thin-lipped grey mullet and the occasional seal are just a few of the traditional local river species.

Now – apart from when crossing one of the few bridges – the river is virtually forgotten. It is seen maybe as an inconvenience to get over or as a local quirk. It is certainly not respected, as evidenced by the amount of pollutants poured into it – hundreds of emissions of effluent per year! Cuts to the Environment Agency mean that most farms allowing polluting run-off into rivers across the UK – a massive cause of death of wildlife – can only rarely be monitored or visited. Therefore locally there is a strong need to support water purity, the river and its biodiversity.

The sea
A 2019 report suggests that large parts of coastal Sussex – and the Lewes area – will regularly fall below sea level by 2050 without urgent action to reduce climate change.
Source: KentLive

The Aquifer Partnership, a Brighton & Hove/Lewes area project to protect our groundwater.