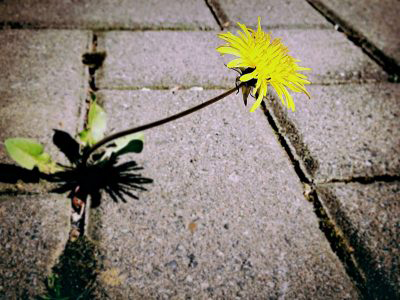 Invite your street to go glyphosate-free

Two councillors are looking for streets across Lewes and Ringer to volunteer to go ‘glyphosate-free’ as part of a pilot scheme to explore less harmful ways to keep our roads, verges and pavements weed-free

Glyphosate, the herbicide weed killer, has invoked plenty of controversy, with evidence that it damages pollinators such as bees and is a carcinogen, presenting threats to human health.

East Sussex County Council (ESCC) continues to use the chemical, which also features in commercial weedkillers such as RoundUp, on land that it owns or manages including pavements and verges throughout Lewes and Ringmer. The council rejected a motion in December calling for a ban on the use of glyphosate and other toxic herbicides on its land from 1 January, 2022, citing the lack of economically viable alternatives.

Streets signing up for the trial will not be sprayed with glyphosate on the verge, pavement or gutter.

But they will need to be maintained (weeded) by the residents of that street, using non-herbicide (manual weeding) techniques.

ESCC hasn’t yet issued precise wording for how to qualify, but it will include the following:

75% of the residents of the street must agree to the glyphosate ‘opt-out’.

ONE resident must take the lead for training from ESCC in Weeding Health and Safety.

The street must have pavements, and must not be a major thoroughfare.

“This is a great community way to protect pollinators, soils, air and waterways – so it would be great if neighbours in streets in Lewes and Ringer come together to get involved,” says Wendy Maples.

If your street is interested in taking part, email Councillor Wendy Maples at