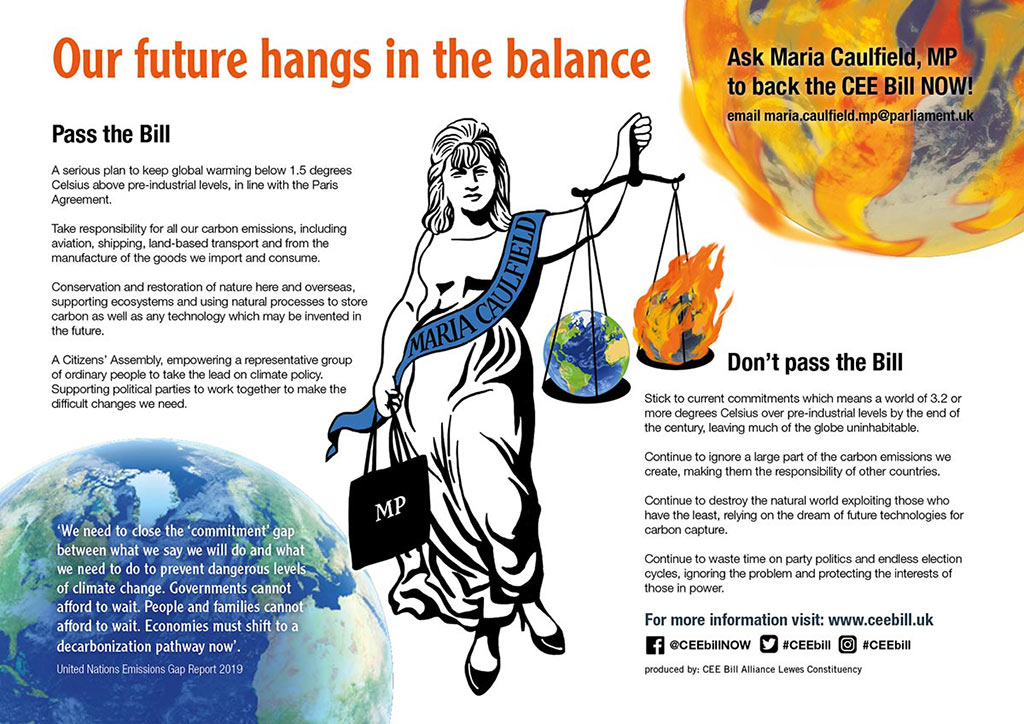 Our future hangs in the balance. Ask Maria Caulfield MP to back the CEE Bill now!

If the Climate and Ecological Emergency (CEE) bill becomes law, it will give us a serious plan to address the crisis we are in and give ordinary people a real say on the way forward.

‘…we will need the majority of MPs to support the bill to give it a chance to become law. Taking a bill through Parliament is a lengthy process – the Climate Change Act took three years! But we obviously need to get the Climate and Ecological Emergency bill through in a fraction of that time… so it’s time for MPs to step up!”
So we have joined with other local groups to urge our MP to support the bill before its second reading, date to be announced. There are lots of ways you can get help:

Join the email campaign on Action Network, organised by the Green Party and Extinction Rebellion Lewes

Display a poster in your window or on local noticeboards or post it through your neighbours’ doors!

Suggested links and hashtags for posts

Join the national campaign too! 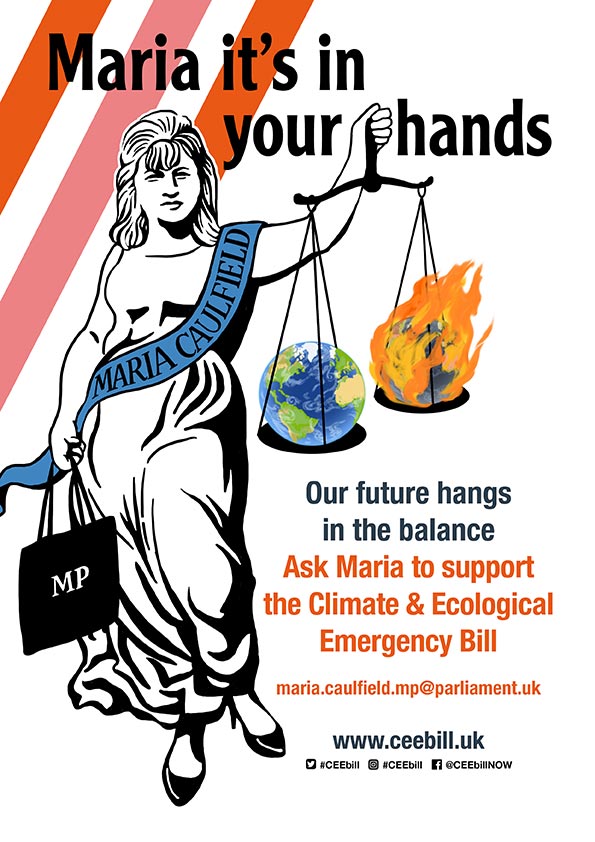 Download a poster for your window to show your support. (1 page to print at home)